The task of rebuilding the public service is just starting 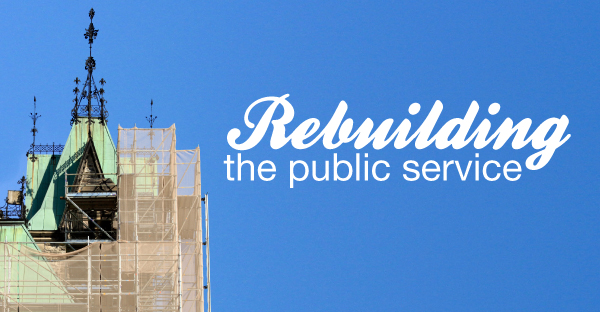 Ottawa, October 20, 2015 – The Canadian Association of Professional Employees (CAPE) was relieved to see the results of the federal election close the curtain on the reign of Stephen Harper’s Conservatives and place the management of our country in the hands of a new Liberal majority government.

“After nine years of dealing with a government that was openly hostile to the public service, its employees and the unions representing them, we are cautiously relieved to see the Liberal Party and its leader, Justin Trudeau, take over the reins of power,” said CAPE President Emmanuelle Tremblay.

“Throughout the long election campaign, we urged our members to vote for candidates who were committed to restoring the independence of public servants, treating public service unions with respect and reversing the numerous Conservative laws that perverted the collective bargaining process. We must now see to it that the newly elected Liberal government takes the necessary steps to repair the damage done by its predecessors.”

“As soon as the names of the new Cabinet members are known, we will remind the Treasury Board President of the Liberal Party’s commitments to the public service. Throughout the course of the campaign, the Liberals seemed to occupy a somewhat left-of-centre position, with progressive proposals on public service pensions, investment in infrastructure, higher taxes for upper-income earners and government transparency. We will keep an eye on the new government and won’t hesitate to call them out if they drift away from their election promises.”

CAPE’s President also made it clear that the government must restore Canada’s public service to what it was prior to the Harper era: a professional public service able to fuel public policy discussions through independent scientific analysis – a public service that serves the needs of Canadians rather than politicians.