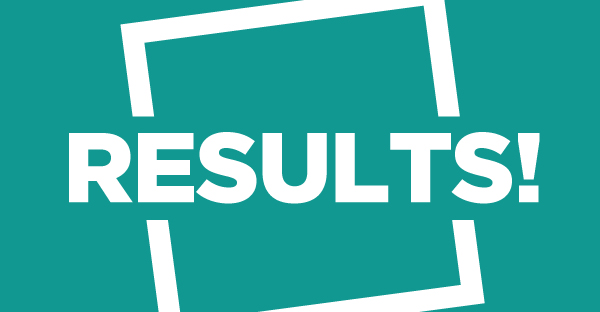 Members voted in favour of approving each of these items and elected Janet Akins, Camille Awada, Jamie Lafontaine, Charlene Lonmo and Sami Rehman as EC directors.

Be it resolved to accept the budget for fiscal years 2018-2019 and 2019-2020, as prepared by management, recommended by the Finance Committee and approved by the National Executive Committee.

Having reviewed the audited financial statements of the Association for the fiscal year ending April 30, 2018;

Be it resolved to accept the audited financial statements for year 2017-2018, as prepared by management, reviewed by the Audit Committee and approved by the National Executive Committee.

Be it resolved to accept the Executive’s recommendation that the firm of McCay Duff LLP Chartered Professional Accountants be the Association’s auditor for the fiscal year ending April 30, 2019.

As there are five positions up for election, you can vote for five candidates. The five candidates who will receive the most votes will be elected. (For EC members only)

Here's a helpful link that can help you reach a decision on this question. 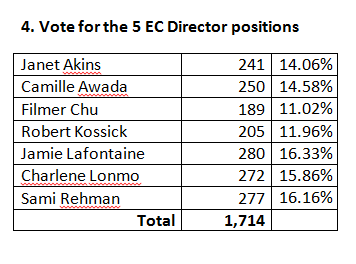 That CAPE recognize the impacts of climate change and the need to take action to mitigate impacts through government operations.

Whereas the international scientific community recognizes the risk posed by climate change for many citizens around the world;

Whereas climate change will have important consequences for many human beings;

Whereas significant measures must be implemented to reduce greenhouse gas emissions and to help people adapt to climate change;

Be it resolved that CAPE will advocate a clear and strong position in recognizing climate change by encouraging initiatives to address climate change and the implementation of climate change adaptation measures in its relations with government bodies, employers and in the various forums when the subject will be raised.