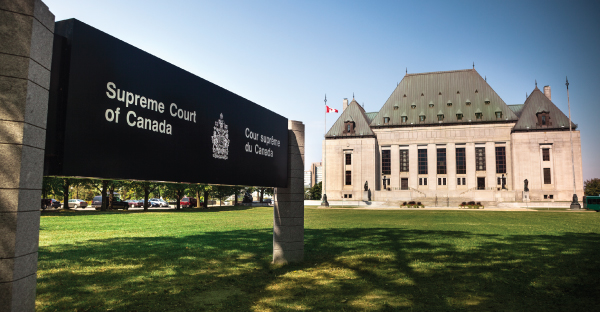 Several federal public service unions, including CAPE, will intervene before the Supreme Court of Canada on November 10 on a case that will see the British Columbia Teachers’ Federation sitting across the aisle from the B.C. provincial government. The case is expected to have important implications  on the right to collective bargaining and freedom of association.

The B.C. Teachers’ Federation is asking the Supreme Court to set aside a recent decision of the B.C. Court of Appeal. At the heart of the case are statues passed by the B.C. government aimed at restricting collective bargaining. Despite the fact that the legislation in question bore a distinct similarity to legislative measures that had previously been ruled unconstitutional, the statues were enacted shortly after the government consulted with teachers.

In the Education Improvement Act, passed in 2012, the provincial government enacted measures preventing the union from bargaining on certain issues, such as class size and teacher-student ratios, even though both parties had engaged in collective bargaining on these issues in the past. This new legislation replaced two statutes enacted in 2002 and 2004, portions of which were found to be unconstitutional in 2011 specifically because they prohibited bargaining on these issues.

The federal public service unions will argue that the Canadian Charter of Rights and Freedoms guarantees the right to collective bargaining and that governments cannot prohibit bargaining on certain issues simply because they touch on public policy making.

For more detailed information on this matter, visit the Professional Institute of the Public Service of Canada (PIPSC) website.*