It's official! The Office of the Parliamentary Budget Officer (OPBO) collective agreement was signed earlier this afternoon at the Head Office of the Canadian Association of Professional Employees.

The agreement was reached with the Employer in June after months of negotiations and was put to the vote shortly after.

“This deal was challenging because it was for a first collective agreement and required months of intense work on the part of our bargaining team, which deserve to be fully thanked and acknowledge for this positive outcome.” said Greg Phillips CAPE President.

The new provisions will be in effect on September 21, 2019 with the exception of retro pay. Please note that the employer has a 180 days implementation period from the date of signing to pay the retroactive payments to all members of the bargaining unit who were employed by the Employer between September 21, 2017 and the effective date of the collective agreement.

The new OPBO collective agreement can be found here.

CAPE President Greg Phillips, Parliamentary Budget Officer Yves Giroux and the bargaining team were present at the signing of the collective agreements. 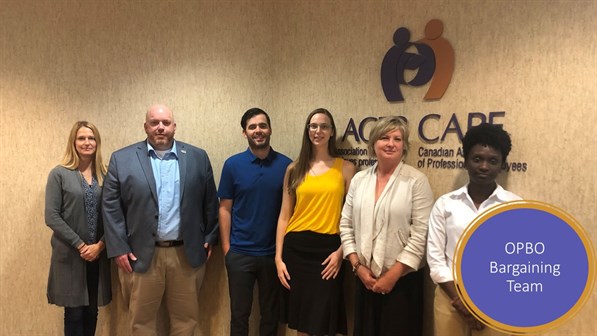 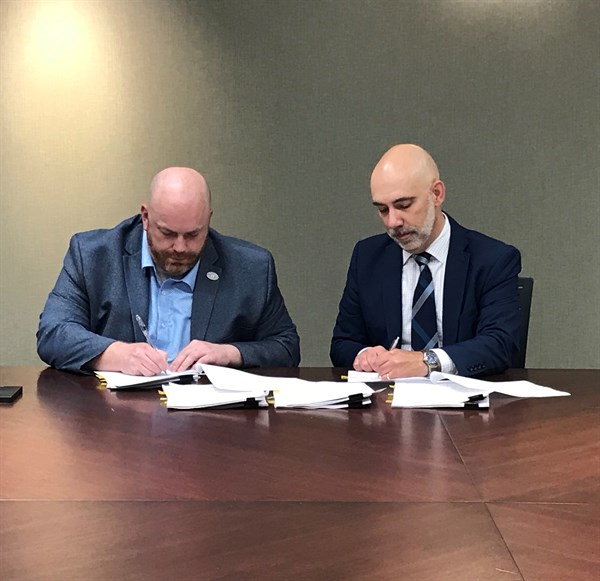