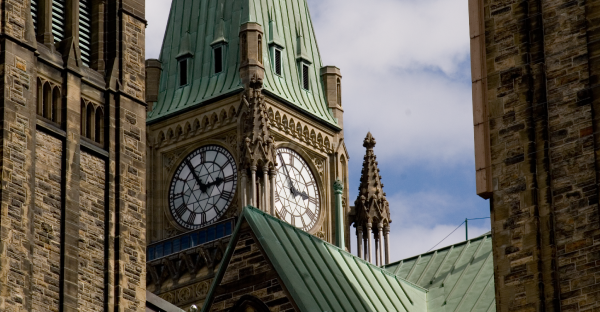 Some great news landed in our inbox yesterday. In a letter addressed to bargaining agents, Treasury Board Minister Scott Brison agreed to interim measures that would allow us to bargain like Bill C-4 had never existed.

As you may recall, the previous government had used Bill C-4, a budget implementation bill, to take away our right to arbitration. The Liberals, just recently, had committed to restoring the rules governing collective bargaining to those that existed prior to the 2013 changes.

“The Government of Canada is committed to restoring fair and balanced labour laws that recognize the important role of unions in protecting the rights of workers,” wrote Brison.

For CAPE, whose membership has historically preferred the arbitration route, this is welcomed news indeed.

“When the Conservative government stripped us of our right to arbitration, our union was put between a rock and a hard place,” explained CAPE President Emmanuelle Tremblay. “Without access to arbitration, our members would be forced down the conciliation/strike route if ever we reached an impasse at the bargaining table.”

“No one wants their house to burn down; but we prepare for the worst by buying home insurance. By the same token, no one ever wants to go on strike, but when C-4 made that a real possibility, we prepared for the worst.”

In June 2015, members approved the creation of a Defense Fund, which would offer financial help should our members ever be forced down the strike route. Now the arbitration is back on the table, the Defense Fund will still be there if we need it, but it will also serve to defend our members’ interests in the courts and pay for arbitration fees.

Members can find out more about the Defense Fund during this week’s Membership Budget Meeting. Register today to attend in person or from the comfort of your home, via webcasting!