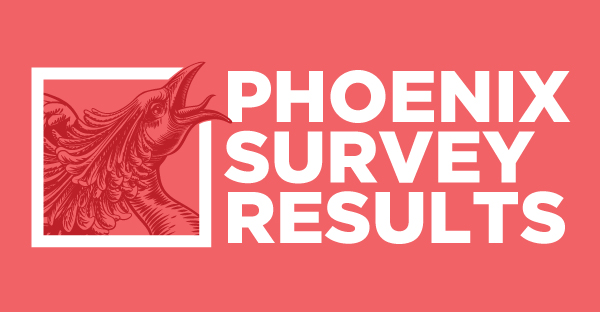 The Phoenix Pay System is an intolerable mess undermining the health and morale of our members, a CAPE survey has revealed.

This past June and July, 1,725 CAPE members responded to a survey on the Phoenix Pay System and its impact on their wages. We were astonished to learn that 1,296 of those respondents (75%) reported that they had experienced problems getting paid correctly and that 1,024 of them were still trying to get those problems fixed!

These incredible figures reveal the extent to which this never-ending saga continues to have major consequences on the lives of federal employees.

Sensing the urgency of the problem, CAPE took action even before the last of the survey responses had come in. The CAPE labour relations officer assigned to the Phoenix file contacted the members who had requested assistance in order to push for progress on their files.

Moreover, CAPE continued to pressure the employer to bring in additional resources so that pay issues could be resolved as quickly as possible. The employer has since added a number of human resources and poured more money into Phoenix in an effort to bring the system under control, but the results have been mixed to say the least.

We are currently assessing our position in respect of the legal action that was initiated in June 2016 to force the government to adopt a suitable pay administration system that will allow it to fulfil its obligations under the Financial Administration Act and the Directive on Terms and Conditions of Employment. Together with the other federal public service unions, we had put this legal challenge on the back burner in order to give the government an opportunity to fix the problem. But now it’s clear that the government has failed to right the ship. Very soon, we’ll have to decide whether to reactivate this legal proceeding, quite apart from filing policy grievances.

Truth be told, our desire to resume the legal challenge and take administrative actions was given an additional jolt last week when MP Steven McKinnon, the Parliamentary Secretary to the Minister of Public Services and Procurement, noted that salary adjustments and retroactive pay calculations made necessary by all the collective agreements signed since the start of 2017 had added even more problems. For months, most of the affected unions have been pointing out the government’s failure to pull out all the stops and apply the necessary resources to address the Phoenix fiasco. Now, faced with the foreseeable outcome of a lengthy bargaining process that everyone saw coming, the government is pulling out lame excuses to try to justify itself.

As mentioned previously, 75% of the members who responded to the survey claimed to have had issues with pay or compensation as a result of Phoenix.

One of the survey questions cut directly to the heart of employees’ issues with Phoenix: the inability of employees to speak to someone who had the authority to resolve problems. Our members and all other federal public service employees have to jump through numerous hoops before they can get meaningful explanations. Much of this brick-wall effect stems from the elimination of compensation advisor positions in departments and agencies. CAPE pushed hard for action to reverse this problem; our efforts delivered some encouraging results when compensation advisors were rehired in a number of workplaces. We know from experience that, in workplaces where compensation advisors were not eliminated, problems occurred less frequently and were easier to resolve.

One of the survey’s findings sent chills up our spines: 47% of respondents indicated that their psychological well-being had been adversely affected because their pay was late, incomplete or full of errors. The fact that our members continue to report to work even though they might not always be getting paid speaks volumes about their level of professionalism. Nevertheless, this is one incontrovertible statistic we can cite when we take the government to task and demand financial compensation for all of the delays, financial consequences and stress caused by Phoenix.

Another survey question revealed the extent to which the government botched its rollout of Phoenix, without regard for the eventual consequences. Training should have been provided to employees before Phoenix was activated. Unfortunately, such training was not provided in advance of the Phoenix rollout or once the previous pay system was replaced by Phoenix. But it’s not too late: employees and compensation staff should urgently be given comprehensive training on the use of the new system.

We again wish to thank all the members who responded to the survey. The information collected through this survey will further empower our efforts to pressure the employer to put this entire issue to bed once and for all.

Among the ideas we intend to put forward to the employer concerning Phoenix: recognition at the highest echelons that the additional human resources brought into the various departments and agencies to help fix Phoenix must be permanent and not temporary. Only by decentralizing certain pay functions into the departments and agencies, with real-time access to Phoenix, might wesave this bird from burning to a crisp without any hope of rebirth. Unless this essential concession is made, we will wake up one morning to the realization that it would be more difficult to fix Phoenix than to replace it with another system – a system not implemented haphazardly to meet a specific deadline, but in a manner that recognizes the complexity of compensation in the federal public service.

For more information on Phoenix or to obtain help, please consult the Phoenix section of our website.