Fingerprinting in the public service 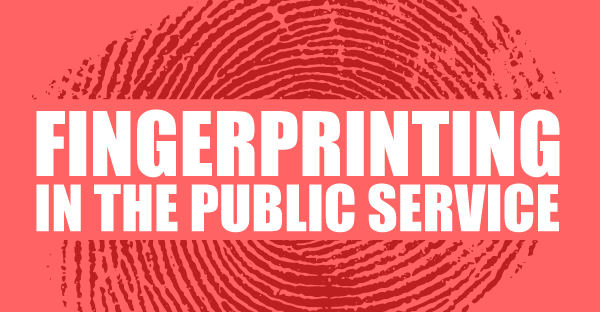 Back in October 2014, the Harper government introduced a new standard on security screening measures aimed at public servants, which included fingerprinting and credit checks. The measures were meant to take effect in October 2017.

On July 8, 2015, an interlocutory injunction was filed in Federal Court by the Professional Institute of the Public Service of Canada; it aimed to prevent Treasury Board from implementing the 2014 Standard on Security Screening.

While the Court acknowledged that PIPSC had raised one or more serious issues, it dismissed the interlocutory injunction. The Court ruled that the applicant did not provide concrete evidence that any one its members will suffer irreparable harm in the interim period. Until the judicial review deals with the privacy issue to determine what is objectively reasonable, Treasury Board can implement all of the provisions of the Standard on Security Screening.

Current public service employees can expect to be fingerprinted when renewing or upgrading their security clearance.

Members can find out more about mandatory electronic fingerprints by visiting the Public Services and Procurement Canada website.