Several hundred members of the Public Service Alliance of Canada, joined by members from other unions, including CAPE President Claude Poirier, held a demonstration in Ottawa on September 15 to protest against the government’s proposed changes to sick leave benefits.

The strongest contingent was composed of members of the Canada Employment and Immigration Union (CEIU/PSAC), which is holding its Triennial Convention in the capital.

Treasury Board recently presented its proposals on sick leave and the implementation of an income replacement plan at the negotiating tables of the Public Service Alliance of Canada. The complete text of the proposals received last week has been published on PSAC’s website. The negotiating table for the TR group is meeting with Treasury Board on Wednesday September 17 and expects to receive identical proposals. 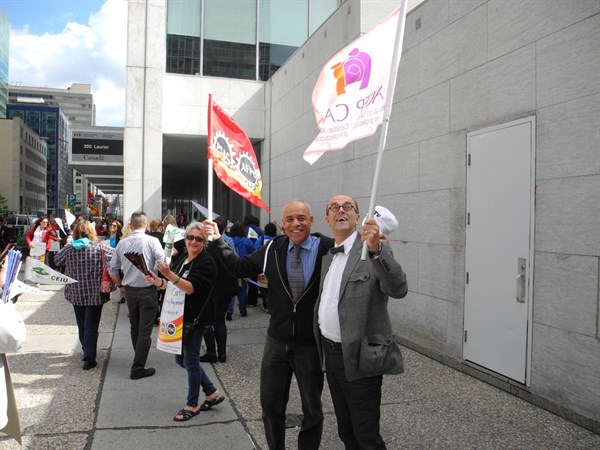