It's official! The Library of Parliament (LOP) collective agreement was signed earlier this afternoon at the Head Office of the Canadian Association of Professional Employees.

The agreement was reached with the Employer in June in a very short timeframe and was put to the vote shortly after.

“I was very pleased to see our bargaining team reach the best possible collective agreement for our members in a such a short time” said Greg Phillips, President of CAPE “We are glad to see that a very large majority of members who voted supported the tentative agreement which is the product of intense work on the part of our bargaining team, which deserve to be fully thanked and acknowledged for this positive outcome.”

As of today, the new provisions are in effect with the usual exception of pay which is retroactive to December 16, 2018.

The new LOP provisions can be found here.

The new collective agreements should be available soon on the CAPE and Library of Parliament web sites.

CAPE President Greg Phillips, Library of Parliament manager of Labour Relations and OH&S Joelle Rivard and bargaining teams from both sides were present at the signing of the collective agreements. 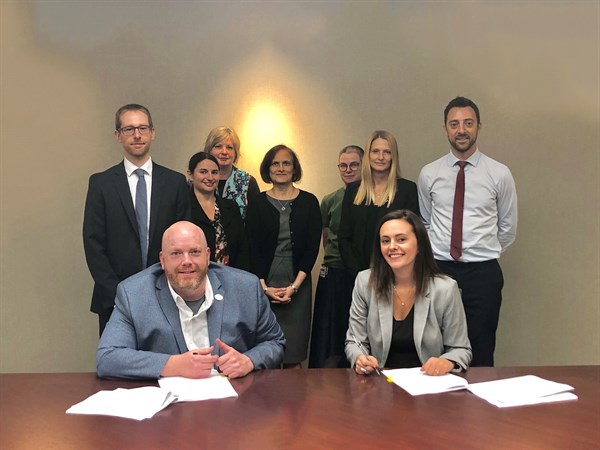 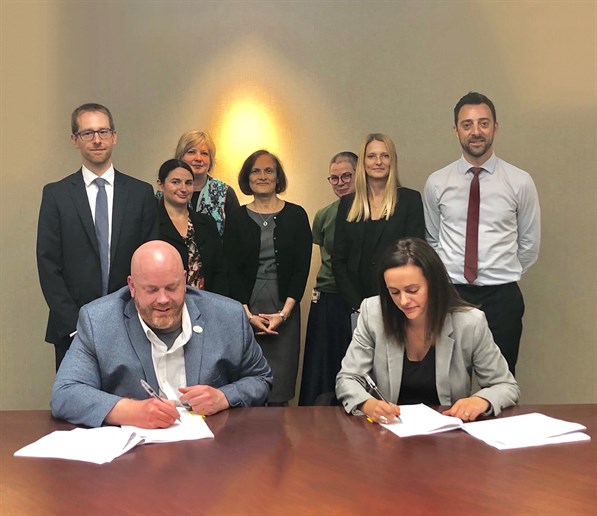