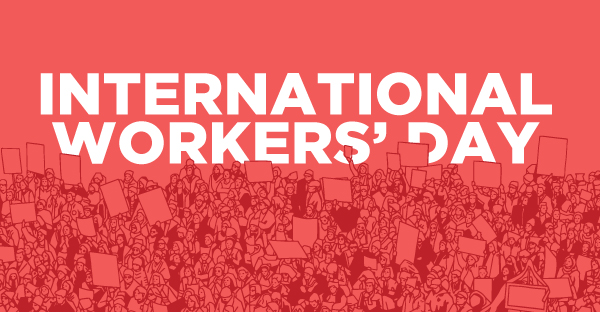 Across much of the world, May 1 is a time to celebrate the contributions of the working class and the labour movement. International Wokers’ Day (or, colloquially, May Day) is held on May 1 to commemorate the victims of the Haymarket massacre, which saw four protesters and seven police officers killed in 1886, as workers peacefully protested for an eight-hour workday.

The protests started on May 1, 1886, in Chicago’s Haymarket Square; 80,000 workers participated. The demonstrations continued over the following days (albeit in dwindling numbers). Then, on May 3, Chicago police began attacking protesters. This spurred more activists to take to the streets in response to the police’s violent tactics. Among the protesters was Chicago’s own mayor, a pro-union politician who had approved the May 4 protest.

Shortly after the mayor’s departure, an unknown person person threw a dynamite bomb into the peaceful protest. Police responded with gunfire. After the smoke cleared, four protesters and seven policemen were dead. Many more were injured.

Following the massacre, eight men – labour activists – were tried and convicted with very questionable evidence that didn’t tie them to the bombing itself, but that drew conclusions based on their political beliefs and affiliations to the labour movement. One man, 21-year old Louis Ling, was sentenced to hang – the others were given lengthy prison terms.

In 1893, Illinois’ new governor would grant pardons to three men convicted in the Haymarket affair, noting that the jury had been carefully selected to reach a conviction and that the judge did not grant a fair trial. The prosecution, he contended, failed to prove these men had anything to do with the crimes for which they were convicted.

Internationally, labour, socialist and communist organizations pushed to have the a day to mark the senseless deaths of Chicago’s peaceful labour activists – man and women who wanted nothing more than to work an eight-hour day. Today, across most of the world, May 1 is an occasion to celebrate the working class, demand better working conditions and call for fairer compensation.

Across most of the world, except North America, that is!

Sure, there are some demonstrations in solidarity with the global working class. But Canadians and Americans have their own September holiday: Labour Day. For this, we have former US President Grover Cleveland to thank. Fearful that a May holiday would incite rabble-rousers still outraged by the Haymarket massacre, Cleveland opted for a September holiday already celebrated by his northerly neighbours. Canadians had been celebrating working men and women’s contributions each year in September, in honour of the Typographical Union’s strike for a nine-hour workday.

CAPE would like to take this opportunity to wish everyone a very happy International Worker’s Day. As part of a global labour movement, we support each person’s right to work with dignity and respect.