March 21 - International Day for the Elimination of Racial Discrimination 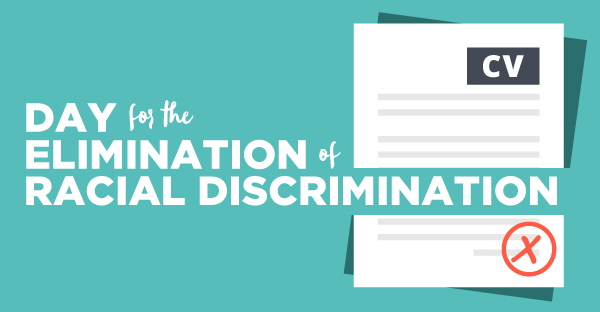 On March 21, 1960, in Sharpeville, a small township in South Africa, 69 people lost their lives and 180 others were injured when the police fired on a crowd of peaceful Black demonstrators who were challenging laws that restricted black South Africans’ movements under apartheid. Six years after this massacre, the United Nations decreed March 21 as the International Day for the Elimination of Racial Discrimination.

Canada has now celebrated this day for 29 years. Although there has been some progress since then, Canadians still grapple with the problems of racism and discrimination.

Last year, in its efforts to counter these problems and encourage diversity and inclusion in the Public Service, the Federal Government announced that it was setting up  a Name-Blind Recruitment Pilot Project. The project seeks to remove or mask any information that could identify the candidates in order to prevent discrimination and prejudice against visible minorities. Specifically, name-blind hiring practices can eliminate the ability for a recruiter’s unconscious bias to affect hiring decisions.

A 2009 UBC study by economics professor Philip Oreopoulos saw 6,000 resumes with comparable credentials sent to employers in the Greater Toronto Area. The only variable measured was the applicant’s name: the study’s aim was to examine how resumes bearing Chinese, Indian and Pakistani names would perform against resumes with English-sounding names.

A follow-up study in 2012, focused on Montreal, Toronto and Vancouver, found that candidates with English sounding names were 35% more likely to receive a callback over candidates with Indian or Chinese names.

But the federal government’s name-blind pilot project, on the other hand, does not seem to have had any effect on the number of hires from visible minority groups.

In January, the Public Service Commission of Canada released the results of this report. According to these results, there seems to be no relationship or impact between the removing of information that could identify a candidate and the selection process. In fact, the government points to a negative impact on visible minority groups, because it reduced the number of pre-selected candidates from these groups.

In response, the Public Service Commission said that the pilot project was “just one of the many ways the PSC is exploring innovative approaches to ensure a diverse and representative workforce while supporting bias-free recruitment within the federal public service.”

The Government is continuing to explore other avenues on name-blind recruitment and anonymous CVs that could potentially become common practice in the future.

As a union, we care deeply about the fundamental values of diversity and equality. For CAPE, it’s essential that equity-seeking groups are well represented in the public service and that all of our members feel included in their workplace.

You can view the complete final report on the name-blind recruitment pilot project by clicking here .