C-27: An attack on pensions 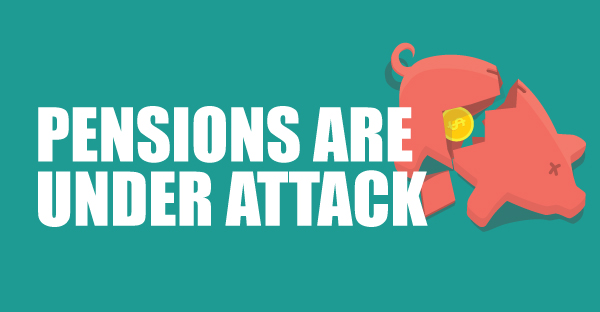 Is Your Pension at Risk?

In his recent post of November 11, 2017, Charlie Angus, NDP Member of Parliament (Timmins-James Bay) called on Prime Minister Trudeau to withdraw Bill C-27 (the Liberal attack on defined pensions) because of evident conflicts of interest relating to the corporate interests and investments held by Minister of Finance Bill Morneau.

The Canadian Association of Professional Employees (CAPE) stands in solidarity with this petition. CAPE President Emmanuelle Tremblay spoke out on this issue at the rally organized by the Ottawa Committee for Pension Security  on September 18, 2017. The Ottawa Committee for Pension Security came together to counter the assault of Bill C-27 on retirement security and the inadequacy and inequality of recent changes to the Canada Pension Plan (CPP).

Angus has sponsored a petition calling upon the Government of Canada to:

3) remove Minister Bill Morneau from his position as Minister of Finance.

The grounds for the petition are as follows:

You can voice your support for the withdrawal of Bill C-27 by signing the online petition on the Parliament of Canada website.

Even as it adopted measures to enhance Canada Pension Plan benefits, the federal government tabled a bill that will undermine the security of workers’ pensions.

Bill C-27 opens the way for federally regulated employers to back away from their commitments to employees concerning the security of their defined benefit pension plans. According to the Canadian Labour Congress, “Bill C-27 removes employers’ legal requirements to fund plan benefits, which means that benefits could be reduced going forward or even retroactively. Even people already retired could find their existing benefits affected, after paying in their entire working lives.”

For the moment, C-27 concerns only the workplace pension plans of federally regulated employers, but its passage would set a powerful precedent that makes it more likely that   plans in the federal public sector in turn be targeted.

CAPE is currently represented on the Ottawa Committee for Pension Security working to build local opposition to Bill C-27 and support the efforts of the Canadian Labour Congress and other organizations. Stay tuned for further updates. More info on this event as well as on Bill C27 can be found at: https://www.facebook.com/OttawacommitteePS