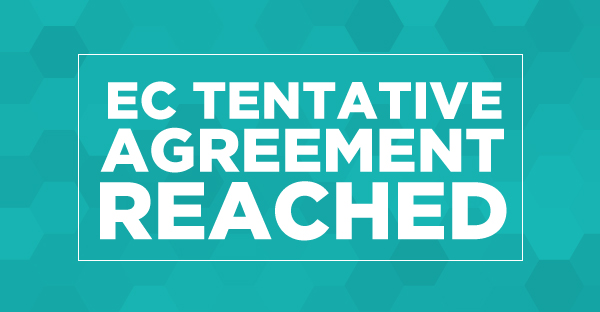 As part of our series of articles on the agreement in principle reached at the EC table, let’s now take a look at the new professional integrity clause, which might also be informally referred to as the “fearless advice clause.”

Before collective bargaining got under way, CAPE gave its members the opportunity to express their views on what the priorities should be at the bargaining table. A second survey was subsequently conducted when bargaining resumed following the change in government, on the assumption that we could expect to see a revision of bargaining mandates on both sides of the table. The bargaining team chose to list all of the priorities remaining from the original list, with the addition of the concept of protecting the independence of public servants from political interference in the delivery of their services. After a decade of Conservative rule, it had become obvious that political interests often took precedence in many workplaces. The survey revealed that, in degree of priority, this issue lagged only behind issues pertaining to sick leave among EC respondents. The decision was therefore made to add this proposal to our bargaining mandate.

This new provision seeks to protect members against any instructions they might receive, for example, to change research or analysis results in order to serve the policy imperatives of the government in power. The employer (i.e., Treasury Board) was unwilling to go any farther than citing the Values and Ethics Code for the Public Sector. However, your representatives at the bargaining table did not take this bait because, in many respects, the Values and Ethics Code can be viewed as more of a tool for the employer than a means of protecting employees from abuse. It is referred to in the clause, but the interpretation is specifically restricted to matters pertaining to the concept of protecting the professional integrity of public servants.

When problems arise, the Values and Ethics Code offers “avenues for resolution,” but the remedies are limited. Indeed, how does one go about protecting the impartiality and independence of the public service? The addition of the new clause in the collective agreement at least reiterates the message against abuses and ensures that breaches by the employer are now subject to grievance. Stating clearly that no public servant will be expected to act in a manner that contravenes the principle of providing objective, evidence-based, non-partisan analysis and advice at the very least is a prophylaxis against the temptation to return to the era when evidence was massaged to support a specific political position.

Under the spirit of the Westminster model upon which the concept of “fearless advice / loyal implementation” is based, public servants must provide their best advice. The Minister may then choose to ignore that advice if it is not consistent with his or her chosen policy direction. It is therefore left entirely up to the Minister to make decisions based on objective advice derived from non-partisan scientific evidence. Afterwards, the government machinery must loyally implement whatever the Minister decides.

It goes without saying that, as is the case for any new collective agreement provision, everyday application will reveal the degree of effectiveness of this clause. It is important to bear in mind, however, that we will be heading back to the bargaining table in 2018.