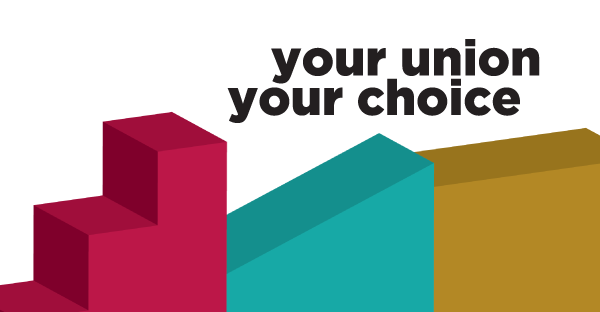 Change is afoot! Last November, 59% of members indicated they were open to CAPE studying options for a progressive dues structure. Very shortly, members will be asked to make a decision that could make our union fairer for everyone.

The resolution was tabled by the co-chairs of the Young Members Advisory Committee: Wayne Fan and Maggie Simpson.

“It was very rewarding,” said Fan about the resolution’s adoption. “We realized there was a lot of support for this, but there’s also 40% who voted against it.”

Fan and Simpson hope to reach out to that swath of voters, as the process continues, to further increase the support for a progressive dues structure.

“I think some people were reluctant, but not necessarily against the idea. Those people want more details; they want to see numbers and how each level will be impacted,” explained Fan.

CAPE will welcome everyone to the February 25 meeting to kick-start a series of discussions and debates on three options; one will be presented to the membership in June for a final vote. Many other unions, such as the Association of Justice Counsels and the Professional Association of Foreign Service Officers, already have progressive dues structures; each employee pays the same proportion of their salary. By contrast, CAPE’s markedly different flat-fee structure means that entry-level employees pay a much larger proportion of their salary – as much as 1.19% – compared to 0.54% for higher-ups.

“I think if other unions can do it, why can’t we?”

Fan, whose first interaction with CAPE was a meeting of the Young Members Advisory Committee, said he decided to get involved with his union because he felt that it was out of touch with young members.

“I felt that I had two options: to accept it and do nothing about it or to get more involved – make things happen, make connections and produce an outcome that will hopefully benefit everyone equitably.”

It’s a message he’s happy to share with his fellow CAPE members.

“I would encourage everyone to be more involved in their union. If you see something that doesn’t suit you – that you think can be made better – there’s a way to change it.”

“The way to do it is to be more involved.”

To find out more about the options for a progressive dues structure, click here.