Can we relax now that the Conservatives are gone? 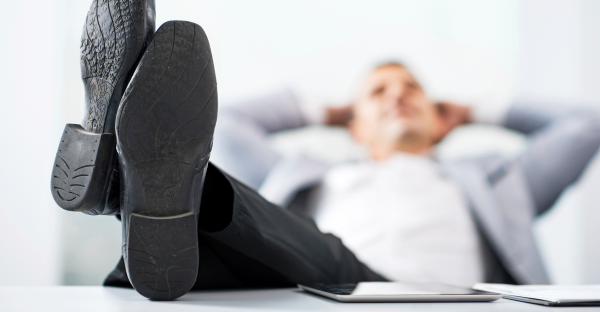 Finally, the Conservatives and their anti-labour, anti-public-service agenda have been swept out of office. So maybe now we can breathe a little easier?

It is safe to say, of course, that the former government’s vicious attacks have come to an end. We can also be glad that the Liberals have made commitments to revoke Bill C-377 (concerning the “transparency” of labour organizations), the part of Bill C-59 that gave the goverment the ability to bypass collective bargaining on sick leave and Bill C-525 (concerning the certification and decertification of bargaining agents in the federal public service).

These are positive signs.

But the Conservatives have left behind a legislative legacy that cannot be got rid of overnight. They made substantive changes to the collective bargaining process, and they eliminated arbitration as a means of settling disputes, forcing the EC and TR groups to take the conciliation/strike path in the current round of bargaining. While the Liberals have promised to revoke some aspects of Bill C-4, there is no guarantee that they will restore the right to arbitration for this round of bargaining or in future rounds, for that matter. As to the matter of sick leave, we are receiving mixed messages. It seems clear that the new government will not be imposing unilaterally the plan concocted by the Conservatives. However, preliminary indications are that the government wishes to “modernize” the sick leave system in any case, and we know that any use of the word “modernize” is always cause for concern. It remains to be seen what role negotiation will play in the modernization of this system.

A public service that’s bruised but not beaten

The years of Conservative rule cast a pall over the entire public service, creating a crushing climate of fear and contempt that will be difficult to dispel. The Liberals have already announced that the Conservatives’ “war on science” is over, and they have made it clear that they want public servants to fearlessly provide impartial, evidence-based advice. But the fear of displeasing one’s master and the years of public servants being muzzled will not easily be replaced overnight by unrestrained collaboration.

Accordingly, the President of CAPE is meeting with several MPs and cabinet ministers, including the Treasury Board President, in order to urge them to send out more signals to public servants that the Harper modus operandi is over and that a new collaborative era has begun. Of course, these signals will also have to be followed by concrete positive measures. Right now, the government is focused on implementing its program of tax cuts. As the year progresses, however, we are bound to learn more about what actual measures the government has planned to improve the situation in the public service.

CAPE will therefore keep up the pressure and continue working with the other federal public service unions to hold the government to its promises. Our goal is to ensure that the current round of bargaining quickly leads to new collective agreements that will preserve our members’ terms and conditions of employment while moving forward on such issues as income replacement when sick and protecting the professional work you do as public sector employees.

We will need your support throughout 2016 to remind the new government of its campaign promises, to demonstrate your desire for a rapid and successful conclusion to the ongoing collective bargaining process, and to ensure that the Canadian public service reclaims its rightful place within our modern, progressive society.